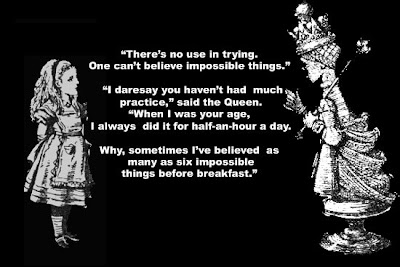 Insider Who Planned To Tell All
Killed In Plane Crash
12-21-2008
Source
Michael Connell, the Bush IT expert who has been directly implicated in the rigging of George Bush's 2000 and 2004 elections, was killed last night when his single engine plane crashed three miles short of the Akron airport. Velvet Revolution ("VR"), a non-profit that has been investigating Mr. Connell's activities for the past two years, can now reveal that a person close to Mr. Connell has recently been discussing with a VR investigator how he can tell all about his work for George Bush. Mr. Connell told a close associate that he was afraid that George Bush and Dick Cheney would "throw [him] under the bus."

A tipster close to the McCain campaign disclosed to VR in July that Mr. Connell's life was in jeopardy and that Karl Rove had threatened him and his wife, Heather. VR's attorney, Cliff Arnebeck, notified the United States Attorney General , Ohio law enforcement and the federal court about these threats and insisted that Mr. Connell be placed in protective custody. VR also told a close associate of Mr. Connell's not to fly his plane because of another tip that the plane could be sabotaged. Mr. Connell, a very experienced pilot, has had to abandon at least two flights in the past two months because of suspicious problems with his plane. On December 18, 2008, Mr. Connell flew to a small airport outside of Washington DC to meet some people. It was on his return flight the next day that he crashed.

On October 31, Mr. Connell appeared before a federal judge in Ohio after being subpoenaed in a federal lawsuit investigating the rigging of the 2004 election under the direction of Karl Rove. The judge ordered Mr. Connell to testify under oath at a deposition on November 3rd, the day before the presidential election. Velvet Revolution received confidential information that the White House was extremely concerned about Mr. Connell talking about his illegal work for the White House and two Bush/Cheney 04 attorneys were dispatched to represent him.

Mr. Connell handled all of John McCain's computer work in the recent presidential campaign. VR has received direct evidence that the McCain campaign kept abreast of the legal developments against Mr. Connell by reading the VR dedicated website, www.rovecybergate.com.

VR demands that the Ohio Attorney General and the United States Justice Department conduct a complete investigation into the activities of Mr. Connell and determine whether there was any foul play in his death. VR demands that federal law enforcement officials place the following people under protective custody pending this investigation.
Both GovTech and SmartTech have been implicated in the rigging of the 2000 and 2004 elections and the White House email scandal. Our prior request to have Mr. Connell protected went unheeded and now he is dead.
Posted by Sheilanagig at 7:20 PM